What’s so special about this New Solar System Discovery?

What’s so special about this New Solar System Discovery? 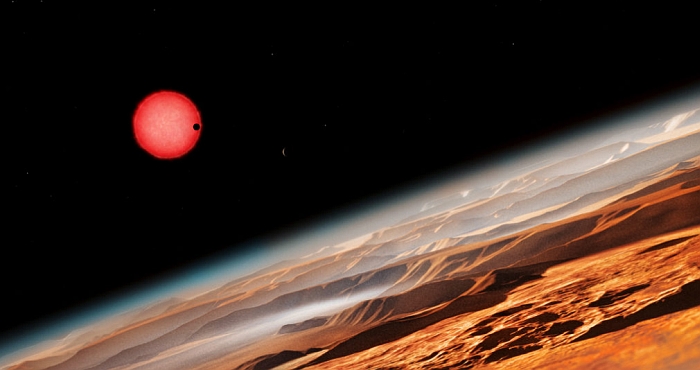 NASA Scientists have made a remarkable new discovery, a unique breakthrough in the quest of finding possibility of life outside earth. Recently, scientists have found about 7 Earth-sized planets orbiting the same star approximately 40 light-years away.

The study was published in the journal Nature and the findings were shared at a news conference held at NASA Headquarters in Washington.

The discovery of a whole new solar system outside the one we currently exist in is being considered as NASA’s ‘holy grail’. For years astronomers have been searching for a planet that could possibly support life in a similar way like earth does.

Here is a complete solar system that has nearly 7 earth sized planets as according to the scientists at least three of them may have temperature conditions and availability of water to support life.

Michaël Gillon, the leading author at University of Liège in Belgium said that such an amazing discovery has happened for the first time in history.