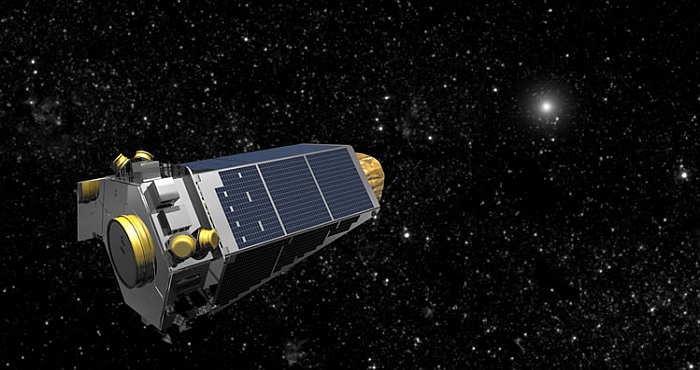 NASA’S space hunting telescope known as the Keppler Space Telescope has recently captured a pixelated photo of Trappist 1, the seven planet star system that has been rocking the space enthusiasts. In fact, the whole idea of the Trappist 1 system containing hospitable earth-like planets has been the talk of the space community since it’s discovery in 2016.

The system is said to contain three planets that can support liquid water, giving them certain earth-like qualities that humans need to thrive. These planets are allowing researchers to envision a world where humans live in more than one solar system and on several different planets. If humans were to move into the Trappist 1 system, our sun would essentially be a star instead of the sun we’re used to. This could be a good change, though, as the star at the center of Trappist 1 isn’t as hot as the sun and could help cut down on the amount of harmful IV rays that reach the planet we call home.

Going back to the Kepler Telescope, it has been use to discover a multitude of faraway planets and star systems, but none as extensive as Trappist 1. The Keppler telescope identifies exoplanets by observing how they revolve around their center, which is, in this case, a star. This was how it was able to observe the Trappist 1 system and take photos.

The pixelated image that was captured isn’t very large- it’s about the size of what a grain of sand would be if it was held against the sky. However, the pixelated image is much more detailed than a grain of sand. It is an animated image that shows how the stars within the Trappist 1 system dim and get brighter. The animation is created by taking on photo every minute for an hour, for a total of 60 photos that are then strung together to create a full animation.

The star at the center of Trappist 1 is an ultracool dwarf star, meaning it is very dim and gives off very little heat when compared to other dwarf stars and the sun. The Trappist 1 system is relatively close to earth (39 light-years), however the stars lack of brightness made it hard for Kepler’s telescope to observe the dips and rises in brightness that the orbiting seven planets caused.

The discovery of Trappist 1 has been truly life- changing for scientists and researchers, and one day it may change the lives of the rest of earth’s inhabitants as well.