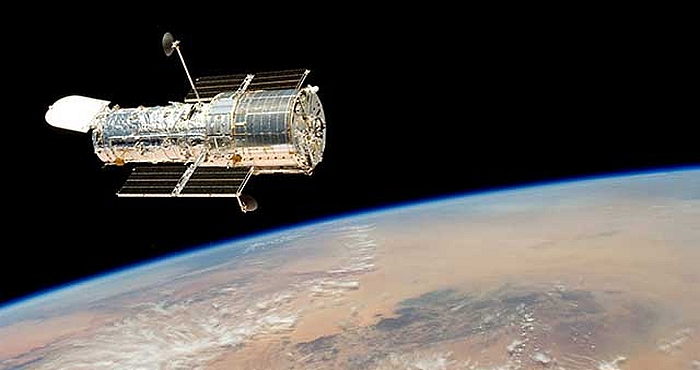 After the recent findings by NASA’s Hubble Space Telescope and other advanced observatories, the universe has suddenly started to look more crowded than ever before. The astronomers at NASA have come to a conclusion that there might be ten times more galaxies than we expected. This helps explain the ancient astronomical irony as to why the sky looks so dark at night?

A team of scientists at the University of Nottingham, U.K found that there might be at least ten times more galaxies packed in the universe. The observations revealed that most of the galaxies are relatively small in size and quite faint. In terms of masses, the galaxies look similar to the ones that are surrounded around the Milky Way.

As these small sized galaxies merge together to form large sized galaxies, the density and the number of galaxies in the sky are reduced. This implies that these galaxies are not spread across the area evenly. There are strong evidences that show that a noteworthy galaxy evolution took place in the history of universe. There were many in number but slowly they merged with each other and the number reduced.

So, now the fundamental question is to find out exactly how many galaxies exist and juts about how many are present in this universe. The Hubble Deep Field which was taken sometime around the mid 90s gave the first ever insight into the galaxy population. Later other observations of faint galaxies followed using the Hubble’s Ultra Deep Field.

According to recent studies, there might be more than ten times more galaxies than what we see today. Astronomers arrived at this conclusion on the basis of space images using Hubble telescope and the findings by other scientists and researchers. The images taken have been converted into 3-D painstakingly in order to find the exact measurements of the galaxies