Discoveries about TRAPPIST-1 and the 7 Exoplanets

Discoveries about TRAPPIST-1 and the 7 Exoplanets 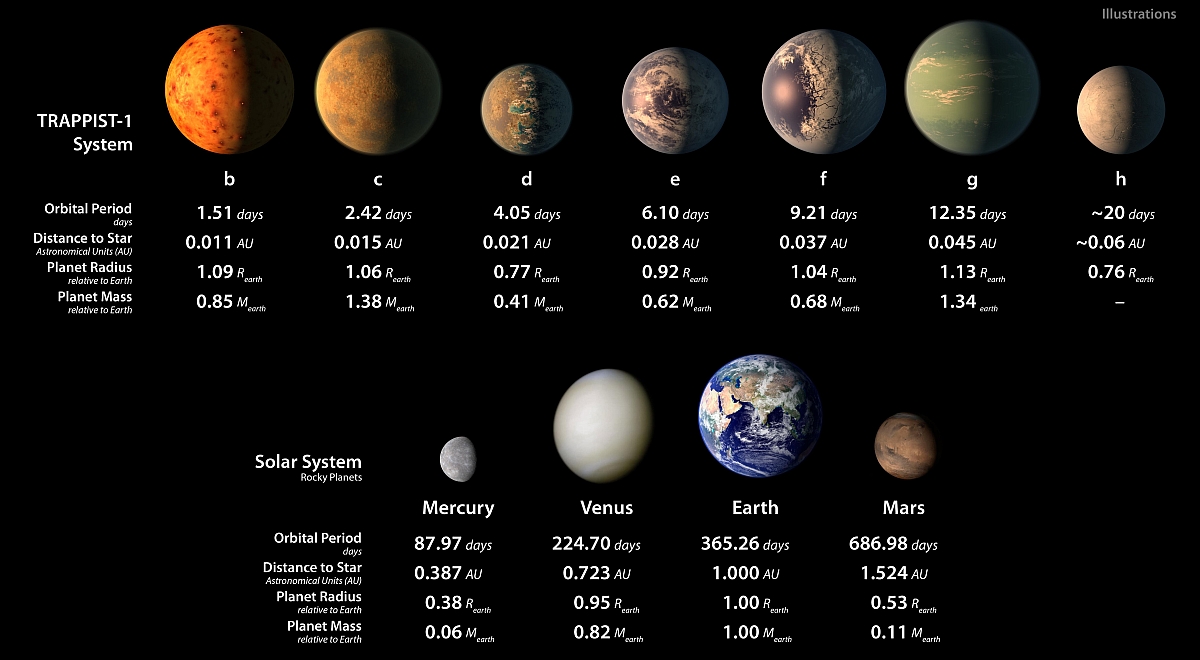 These seven planets were discovered in tight formation around a small star that is known as the TRAPPIST-1. Scientists estimate that these planets are rocky instead of being gaseous like Jupiter. There are 3 planets that fall under the habitable zone of the star, and they are named as the TRAPPIST-1e, f and g. They might even have water bodies on their surface.

Based on further studies it has been found that TRAPPIST-1f specifically has the most ideal conditions that is conducive to life. Although it seems a little cooler than Earth, it probably has suitable atmosphere and plenty of greenhouse gas to support life.

The seven exoplanets are placed very close to each other around the star. The space between them is five times less than the distance between Mercury and Sun. Each planet revolves in its own orbit and the time they take to orbit around the star varies from 1.5 to 13 Earth days.

Over the next decade, NASA scientists will be probing further to find out whether these exoplanets have liquid water on the surface and look for signs of life.